The Prague metro is one of the most efficient way to get around in Prague. Around 1 million passengers use it every day. Virtually every citizen of Prague has used it at some point of his life.

There are 3 lines already in operation in Prague, with 61 stations split between them and over 60 kilometres in length. 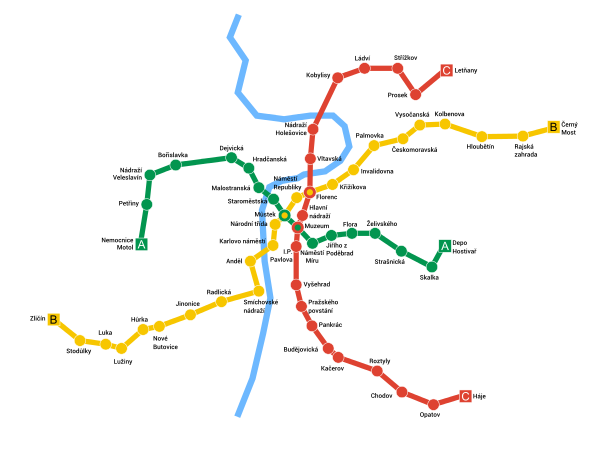 The construction of  much debated line D is now approved. The first section to be built will be between stations Náměstí Míru and Depo Písnice. The proposed length is 10.6 kilometres and a total of 10 stations is being planned. (Náměstí Míru, Náměstí bratří Synků, Pankrác, Olbrachtova, Nádraží Krč, Nemocnice Krč, Nové Dvory, Libuš, Písnice a Depo Písnice)

There are several reasons why this route seems to be final. Let’s go over some of them!

When will the construction begin?

Everyone is undoubtedly interested in the fact, when will the construction start. According to our sources, the works should begin in the first half of 2017. The entire process should be divided into 3 stages.

There are still some possible changes, to ensure the highest efficiency in order to improve the quality of transportation in southern part of the city.

Line E is still in play

These plans predate even the Velvet revolution. Yes, even our comrades envisioned the Prague metro system having 5 lines! These plans again rose to prominence when Prague was considering applying for the 2020 Olympics. The fact that 2020 Olympics will be held in Tokyo quickly ended any plans for such a line.

Currently there no such plans for Line E, but it is possible that with increase in population, in few years, these plans will again become relevant.